Dylan McCaig was born in Liverpool and studies Organ on a scholarship at the Royal Birmingham Conservatoire.

At an early age, he became a chorister at the Liverpool Metropolitan Cathedral, winning multiple awards including his RSCM Gold Award and the appointment of Head Chorister in his final year.

After leaving the choir, Dylan then developed his love for the Organ by becoming Junior Organ Scholar and worked alongside Assistant Director of Music, James Luxton with the Girls Choir and newly formed, Youth Choir.

Before beginning his studies at RBC, he also achieved Grade 8 Piano and Organ with Distinction. Dylan is currently in his third year, studying Organ with Daniel Moult, Henry Fairs and Professor David Saint and Conducting skills with Paul Spicer and Daniel Galbreath.

Since studying at the conservatoire, Dylan has developed a love for conducting as well as early music, taking part in multiple concerts throughout the year and is currently working towards his ARCO and LTCL.

Since September 2017, Dylan has held the position of Organ Scholar at St. Chad’s Cathedral Birmingham, where he has the opportunity to accompany and conduct the cathedral choir. He also plays an active part of the St Chad’s Cathedral Choral Outreach Team and leads/accompanies rehearsals for the Cathedral Junior Choir. 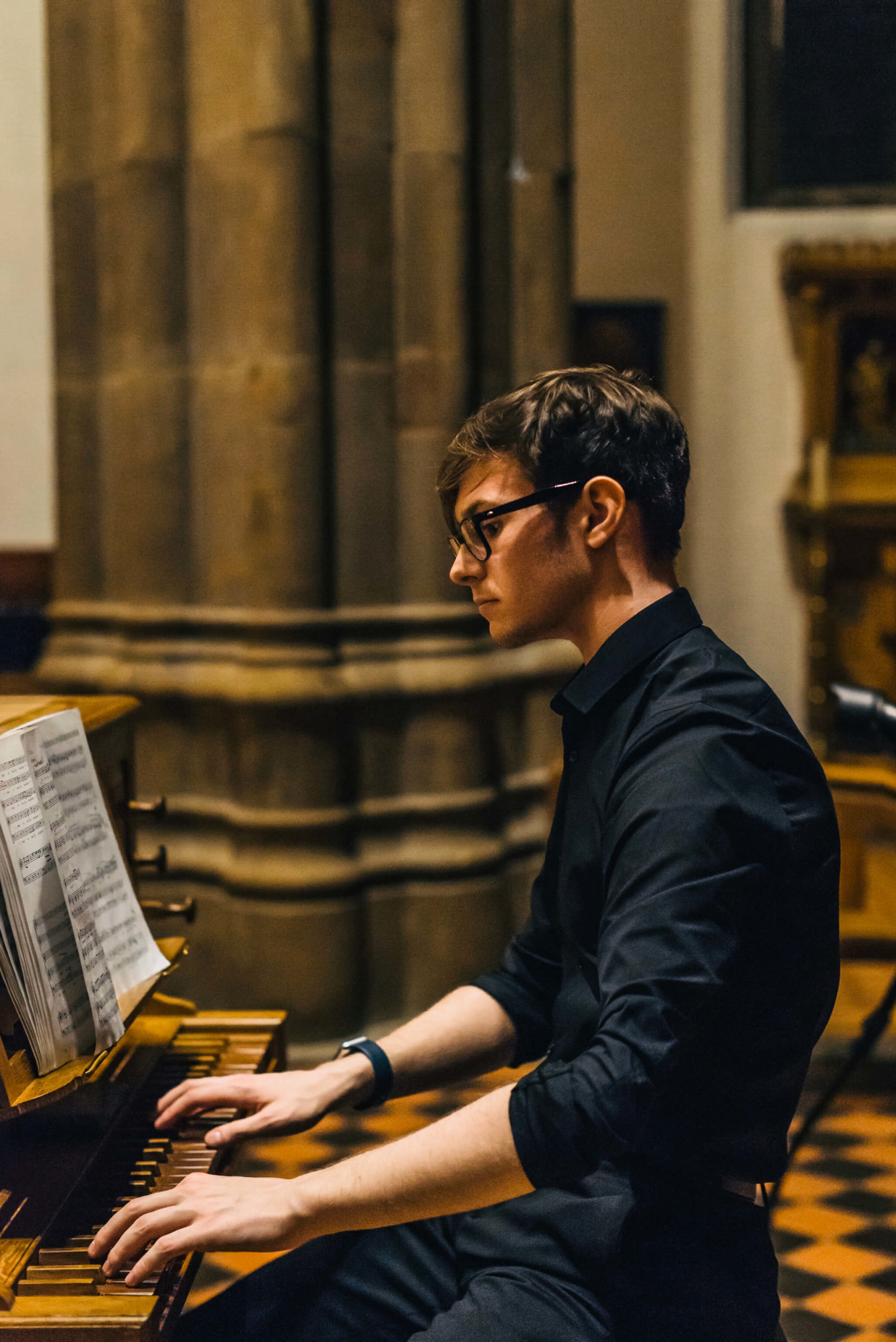 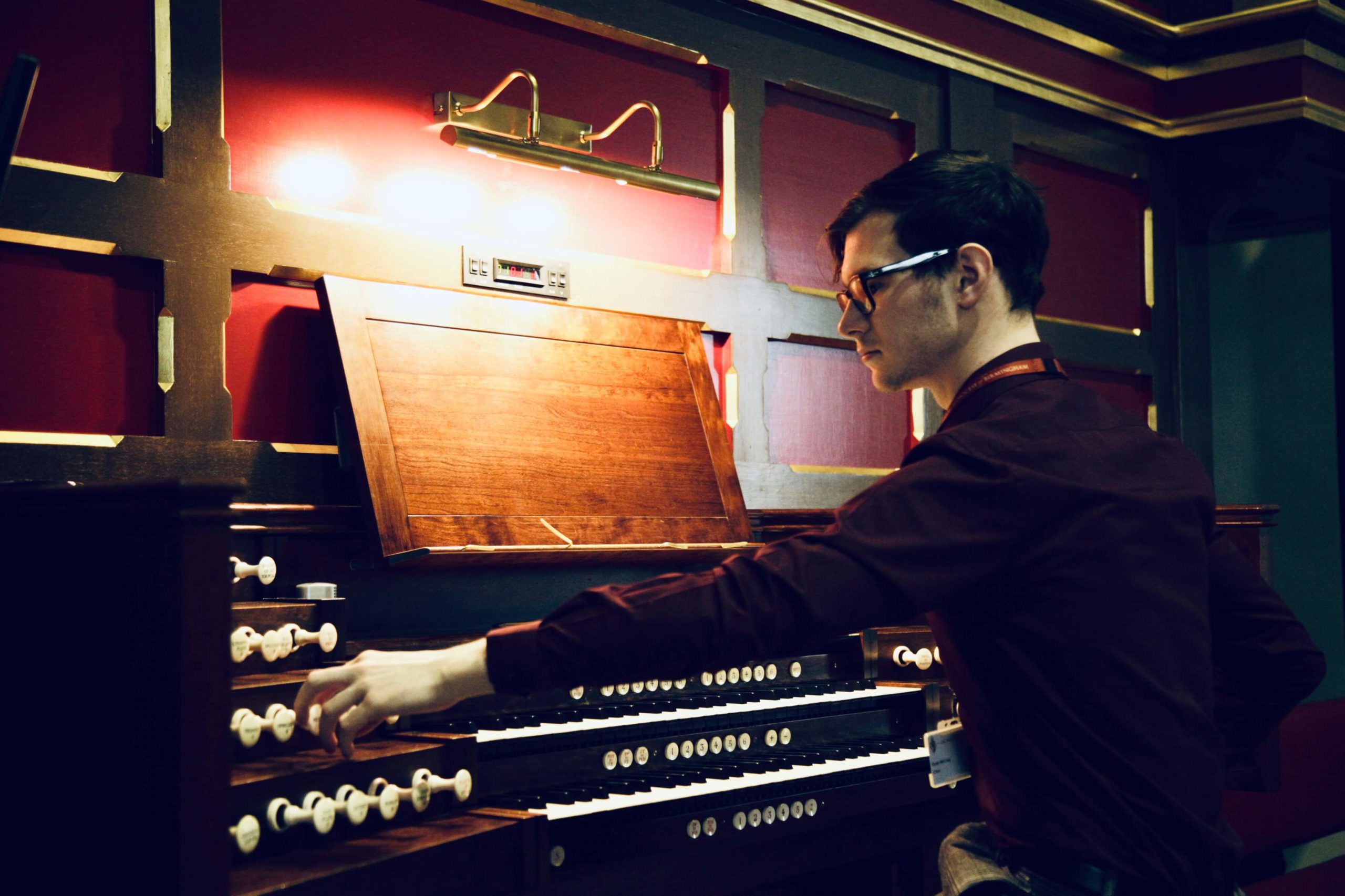 Recent performances have included playing at Birmingham Town Hall and Birmingham Cathedral. As well as performing in departmental events over the years, he has played for internationally renowned organists, Nathan J.Laube, Kimberly Marshall, Martin Schmeding and Pieter Van Dijk.

The RBC Organ Department has given Dylan the opportunity to play on historic instruments in Alkmaar, Amsterdam and France as well as giving him the opportunity to take part in competitions such as the Dame Gillian Weir Messiaen Prize.

Dylan has recently completed his major project ‘Membra Jesu Nostri’, which consisted of a performance of organ and vocal music by composer and organist, Dietrich Buxtehude. The highlight of the concert was the rarely performed cantata and Buxtehude’s largest work, ‘Membra Jesu Nostri’, which included a solo SSATB choir and a small baroque ensemble. Dylan managed to fill the entirety of St Chad’s Cathedral, Birmingham and raised over £1000 for Birmingham Children’s Hospital and the cathedral’s Lourdes Programme. To view exclusive footage of the concert, click here!

From September 2020, Dylan will be taking up the post of Senior Organ Scholar at Liverpool Cathedral.

On the 2nd February 2020, Dylan was a guest speaker on the ‘Secrets of Organ Playing’ podcast series, were he spoke about his love of organ playing and finding repertoire he absolutely loves.

You can listen to Dylan’s interview below or by visiting the ‘Secrets of Organ Playing’ Soundcloud page by clicking here.

Dylan McCaig On Finding Some Repertoire You Absolutely Love